SYRACUSE, NY, 21 February, 2017 – Monaghan Medical Corporation (MMC) today announced the publication of a study in Pulmonary Therapy showing treatment with the AEROBIKA® device can significantly reduce the recurrence of exacerbations of COPD in the crucial 30-day period following hospitalization or emergency room visits.1 The study also showed that per-patient cost of exacerbations was significantly lower in the group using the AEROBIKA® device.  This study provides the first real-world evidence for the benefits of using the Aerobika® device in reducing exacerbation-related emergency department visits and hospital readmissions.

COPD is a major (and growing) source of morbidity, mortality and healthcare utilization, with hospitalization for acute exacerbations being the biggest cost driver. Once a patient experiences an exacerbation, the risk of further exacerbation is increased two- to four-fold2, and many patients experience two or three exacerbations every year.3-5 As many as one in five patients discharged from hospital following an exacerbation are re-admitted within 30 days.6

“This is the first study to evaluate the benefits of any OPEP in a real-world setting, and it provides encouraging evidence that the Aerobika® device can help reduce recurrence of exacerbations in this high-risk group of patients over the crucial early 30-day period”, noted Dr. Michael Bauer, Pulmonary Physician, Cooperstown, New York.

Dominic Coppolo, MBA, RRT, FAARC, Vice President Clinical Strategy and Development at Monaghan Medical, explained how the AEROBIKA® device may provide these benefits. “During an exacerbation, airways are compromised by (among other factors) inflammation and mucus build-up, which can continue to disrupt ventilation mechanics and lung function after the event, and lead to prolonged respiratory impairment.” He noted that “the AEROBIKA® device, with its proprietary mechanism of action, helps stent open and clear excess mucus from the upper airways, and may also aid drug deposition, providing a potential mechanism of protection from exacerbations”.

The internationally-recognized GOLD guidelines7 stress the importance of exacerbation management, stating that a major treatment goal is to ‘minimize the negative impact of the current exacerbation and to prevent subsequent events’.  A recent analysis2 predicting that the absolute number of COPD cases could increase by between 150% and 220% in the period from 2010 to 2030, with the burden of inpatient care (total annual inpatient days) growing by around 185% further underlines this need to address the burden of COPD exacerbations.

About the AEROBIKA® device study

The AEROBIKA® device is hand-held, robust, easy-to-use, and drug-free with a proprietary mode of action. When the patient exhales through the device, intermittent resistance creates a unique pressure-oscillation dynamic, which expands the airways, helps expel the mucus to the upper airways where it can be coughed out, and may also aid in improved drug deposition. The AEROBIKA® device is designed to function independent of angle of use or flow rate, and allows for a direct aerosol pathway for patients using a nebulizer for medication delivery.  The AEROBIKA® device has been shown to significantly improve forced vital capacity (FVC), 6-min walk distance (6MWD), and St. George’s Respiratory Questionnaire (SGRQ) score in COPD patients.8 The AEROBIKA® device is available in the US via Monaghan Medical Corporation, and in Canada, Mexico, and select European countries including the UK and Germany through Trudell Medical International. https://www.monaghanmed.com/Aerobika-OPEP

View some of our educational videos here >> 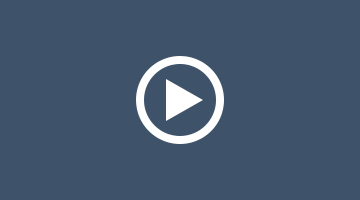 Enter your name and email address here to receive our informative newsletters.